As Digital Journal noted yesterday, cannabis stocks continued a six-day rout on Tuesday as retailers in Canada faced shortages in the supply chain – with some licensed producers acknowledging they will not reach full capacity for months.

But Jonathan Cooper, writing for Seeking Alpha says that investors should just hang in there with Aurora because things will get better. He points out that Aurora Cannabis is still up 55 percent in the past three months and is up 300 percent in the past year (from C$2.86/share to C$11.42/share).

And it is a fact that as the legalization of marijuana in Canada comes to maturity, and with the growing support in the United States for the legalization of cannabis being at an all-time high, cannabis stocks will take off and do well. And interestingly, in the U.S. marijuana is one of the few issues that does have bipartisan support.

“Our NYSE listing represents another important milestone that reflects our commitment to all stakeholders as we continue advancing domestic and international growth initiatives, which includes expanding our base of global institutional and retail investors,” said Terry Booth, CEO of Aurora.

And according to Market Watch, a source at the Canadian Securities Exchange said there are 106 listed companies in the cannabis sector, of which 49 are US related. In terms of dollars, US cannabis companies have raised $760 Million and the Canadians $780 Million through the end of September.

We have to remember that there are also other harsh winds blowing through the market this week, and this will keep cannabis volatile for a while longer. And as Cooper says, ” I rate Aurora Cannabis as a buy – but the last week shows that cannabis investments are not for the faint of heart.”

Next Cannabis Penny Stocks: Are They Rebounding? 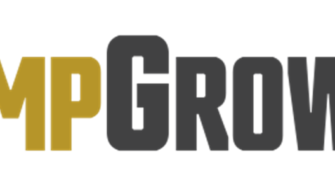