Just more than a week after Canada became the first G-7 nation to legalize marijuana for adult recreational use, provincial sellers are reporting supply shortages and other difficulties getting the product to consumers.

Federal government officials and executives at major marijuana producers around the country warned MarketWatch in past interviews that the first weeks – even months – would not run like clockwork following Oct. 17 legalization. The dearth of bricks-and-mortar retail locations in some of the country’s largest provinces, a rotating national postal strike which has hampered online orders and a backlog in federal licensing have all worked together to exacerbate what was already a challenging undertaking.

From earlier: Cannabis is now legal in Canada, but pot companies expect a rocky start

In Quebec, the country’s second most populous province, the government said its offical store would only be open from Thursday to Sunday, closing the rest of the week because it didn’t have enough pot to sell. The online store will remain open and the bricks-and-mortar retail closures will continue until further notice.

Quebec has set up agreements with only a handful of licensed producers, but even provinces with many more supply agreements suffered from issues.

The Ontario Cannabis Store, or OCS, an online retailer operated by the country’s most populous province, Ontario, was receiving complaints online about delivery times and cancellations as well as quality of the product. Officials said the online store made 100,000 sales within the first 24 hours and as of Tuesday afternoon had processed 150,000 orders since Oct. 17. The OCS said it has enough pot to supply all the orders and continues to receive more.

Shortages and delivery issues around the country have been compounded by rotating strikes by the country’s national post office Canada Post, which have affected different regions. For example, the post office told a Canadian newspaper that Toronto, the largest city by population in the country, is a “significant mail and processing hub” and striking workers are making the “best efforts to minimize any impact on service.” Roughly 9,000 postal workers walked off the job in Toronto on Tuesday.

Not every province has suffered from problems, however. New Brunswick sold C$2.1 million worth of cannabis the first week with few issues.

For the largest licensed producers, it’s less clear how the shortages will affect the quarter’s sales and profits. Buyers in Nova Scotia, which sells in government-run stores, and Alberta, which has deployed private retail stores in several cities, said that they had received about 40% of the weed they ordered from the country’s licensed pot producers.


were expecting issues to come up from the beginning.

“The system won’t be perfect out of the gate, and we shouldn’t expect it to be,” Aurora Cannabis Inc


Chief Corporate Officer Cam Battley told MarketWatch in an interview last week. “It’s a nationwide, very complex system with 13 jurisdictions, plus all of the municipalities. Are you kidding me? It’s going to take a while to iron out, but it’s going to be fine.”

For new producers hoping to meet some of the demand, the road is not easier either. According to a Bloomberg report Friday, Health Canada may take take up to 341 days to process a new cannabis sales license application.

Marijuana stocks were mixed Friday amid a sliding market and finished the week with sharp losses. The sector suffered seven straight days of declines before a slight recovery Thursday. The Horizons Marijuana Life Sciences

The Hazy State Of Hemp In Massachusetts – wgbh.org 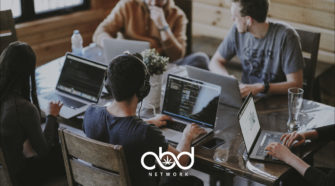