Here’s a look at some business news in the Missoula area:

A Lolo hemp farm is partnering with a Missoula environmental nonprofit for a unique farm-to-table event.

Wildfire Farms will be hosting the meal on Sept. 7, according to owner Brian Monahan. They have a professional chef concocting a five-course meal showcasing hemp-fed pork, farm-raised fruits, local vegetables and a farm tour. And 10% of the proceeds will go to the Clark Fork Coalition, which advocates for healthy and clean watersheds in Montana. Monahan is the owner of two Greenhouse Farmacy medical cannabis dispensaries in Missoula, and he grows five acres of hemp near Highway 12 in Lolo.

“Pop-up dinners are pretty popular in Portland and bigger cities,” he explained. “I have the former executive chef from Rock Creek Resort and I have a hemp-raised pig.”

He’s working with local breweries and bars and will have hemp-infused beer and vodka.

“This first event will probably lose quite a bit of money,” he explained. “At $120 per person including alcohol (or $80 without) it’s kind of steep. But with the cost of rental of equipment, processing and advertising it’ll probably lose money. I just wanted to set a precedent in Missoula.”

He said pop-up dinners build community because participants will sit at a table across from people they don’t know.

“And after a few libations people kind of loosen up a little bit and start interacting with people of different backgrounds,” he explained.

He plans to host five such events next year. The Clark Fork Coalition endorsed the event on social media. For more information, visit online at Wildfirefarmsmt.com.

It looks like a new Thai restaurant is close to opening in downtown Missoula.

Zoo Thai, which has been remodeling a space in the new Marriott hotel on the corner of Front and Higgins, announced on Instagram that the restaurant “should be open by next week … should be.”

In the same building, an art bar and a new Mexican restaurant and agave bar called The Camino are still under construction as well.

Glacier Ice Rink is holding a competition to name their new Zamboni machine.

With funds raised from community donations over the past year, Glacier Ice Rink purchased a new 546 model Zamboni ice resurfacing machine. The resurfacer arrived in early August and the rink is now asking the public for help in naming the new machine.

Community members can submit their name suggestions online (glaciericerink.com) through Wednesday, Sept. 4. A committee comprising longtime rink staff and volunteers will choose the top three names, and the selections will be posted on Facebook for a final vote. The name with the most votes wins and will be announced at a Zamboni Reveal Party on Sept. 14.

Wyoming Soon To Get Approval For Statewide Hemp-Growing Plan – Bitneni 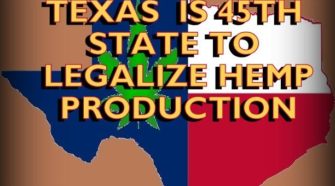