Cannabis stocks took on a sour note Friday with most of the major players in the US and Canada on the decline.

There were very few buds to speak of Friday afternoon with only a smattering of cannabis companies escaping negative territory.

The company said this week it has been approved for trading on the OTCQX Best Market. TerrAscend’s common shares will begin trading under the ticker symbol TRSSF today and will continue to trade on the Canadian Securities Exchange under the symbol TER.

“We are excited to trade on the OTCQX as we seek to build a presence in the U.S. market, broaden investor access to our shares and further create shareholder value,” saidMichael Nashat, president and chief executive officer.

There was a laundry list of duds Friday afternoon and it seems most did not escape the slight downturn.

() (OTCQB:NXTTF) dropped Friday,after skyrocketing Thursday when the company announced it had closed its oversubscribed bought financing deal of C$51.7 million just a day before.

The company said funds raised from the bought financing deal are expected to be used for inventory and supplies, capital improvements, expansion of e-commerce platforms and customer base.

The company announced Thursday that it has been approved for trading on the New York Stock Exchange next week. 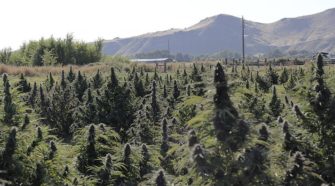