Cannabis stocks had a strong day on Thursday with most of the major players in the US and Canada on the rise.


There were a number of buds today, with () (OTCQB:NXTTF) leading the pack after the company announced it had closed its oversubscribed bought financing deal of C$51.7 million.


The company said funds raised are expected to be used for inventory and supplies, capital improvements, expansion of e-commerce platforms and customer base.


The farm, in Fort St James in British Columbia, was given the once-over by the Pacific Agricultural Certification Society and qualified as “third-year transitional stage.”


The company saw its net loss widen in the fiscal fourth quarter as its expenses mounted despite seeing robust sales at its California stores.


In the three months until the close of June, the Los Angeles-based cannabis company’s net loss swelled to US$78.7 million, compared with US$7.35 million in the year-ago quarter. And for the year, its net losses climbed to US$112.3 million from US$15.4 million in fiscal 2017.


The North American Marijuana Index, which tracks the top cannabis stocks in the United States and Canada, was up 2.40% to US$253.76.

China agrees to buy U.S. hemp fiber; Can anyone supply it? – HempToday 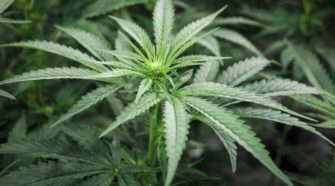 Ontario's private cannabis retailers open their doors on April 1, and here are the rules