Cannabis stocks went on a topsy-turvy ride Tuesday, with a mix of winners and losers across US and Canadian markets by midday.

The North American Marijuana Index, which tracks the top cannabis stocks in the US and Canada, was up 0.8% to 276.4 points on Tuesday. The Horizons Marijuana Life Sciences Index ETF was up 1.1% at C$20.26.

(CSE:PILL.CN) (OTCMKTS:CTABF) shares soared Tuesday after it announced it has received an industrial hemp cultivation licence from Health Canada in a major milestone for the cannabis company.

The licence allows Canntab to cultivate industrial hemp. Canntab intends to use the licence to secure a large amount of hemp biomass that it will use to extract cannabidiol (CBD) to manufacture cannabis hard pills.

() (OTCMKTS:PRVCF) shares were on the rise Tuesday after it announced its research team has been approved to acquire human nasal tissue for the final phase of the cannabinoid-based, soluble gel, called Sol-gel.

Preveceutical said it believes that the outcomes of its Sol-gel program may be of value to companies with an interest in delivering cannabinoid/cannabis-based-derived pharmaceuticals to the central nervous system.

On Friday, the firm announced plans to acquire Langley, BC-based producer () in an all-stock deal it valued at C$48 million.

Blissco has a 18,000 sq/ft production facility and produces cannabis oils. It received its production license in August 2018.

Shares of CBD manufacture Inc () (OTCQB:ISOLF) dropped Tuesday, down 6.3% to US$0.77. The stock has struggled in recent weeks, on the back of challenges in Mexico, a result of changes by the Mexico’s Federal Commission for the Protection against Sanitary Risk (COFEPRIS) surrounding CBD regulation and licenses. 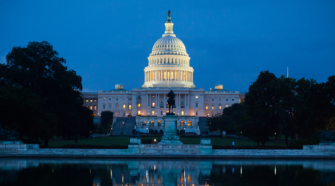 Farm Bill Passes! So What Does That Mean To Consumers