SIOUX FALLS | Figuring out how to fund delayed pay raises, clamping down on pipeline protesters, and legalizing hemp in a way to prevent people from getting high will top South Dakota lawmakers’ agenda this year.

Lawmakers won’t have much time to act. They are scheduled to be in session just 37 days over two months, meaning Republicans who control the Legislature will have to reach deals quickly with Gov. Kristi Noem.

The session will begin at noon Central time on Tuesday with the governor’s State of the State address.

With limited time in the Capitol, many lawmakers have put issues familiar from last year at the top of their to-do lists.

Lawmakers have also spent the last year studying the state’s mental health and addiction resources and have several bills aimed at expanding treatment in rural areas, where they say there is an alarming rate of suicide. Looming over the session will be the ongoing struggles from some of the worst flooding in state history last year.

When Gov. Kristi Noem presented her proposed budget in December, she warned the Legislature that things were looking lean. She recommended the state hold off on raising salary funding for teachers, state employees and medical providers. But lawmakers said they are looking for a way to give raises. 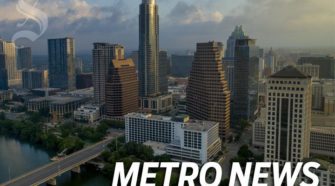