MURPHYSBORO (WSIL) — From hops and barley to cannabis. One local brewery is trying a new business plan.

Big Muddy Brewing is now in the hemp industry and is selling a beer with an ingredient from the plant.

Owner of Big Muddy Brewing in Murphysboro Chuck Stuhrenberg is expanding his business by growing hundreds of hemp plants behind his brewery.

“It’s a lto of hands on farming compared to large scale farming,” Stuhrenberg said. “Soybeans and corn are pretty tough, but this is much more organic. It has to be organically grown because of the CBD usage out of it.”

He is partnering with Southern Illinois University to research which strains of hemp work best for our region.

“The advantage of growing it in southern Illinois is we have very warm nights, so the plant is growing pretty rapidly,” Stuhrenberg said.

Just like other farmers, the rainfall earlier this year did affect the hemp crop.

“It’s been a challenge because in June we had almost 10 to 15 inches of rain which was a record for a month so a lot of the plants died but now a lot are surviving,” Stuhrenberg said.

You can find the beer “Hempy Galaxy” on tap at the brewery now.

One of the ingredients inside that beer comes from the hemp plant.

Stuhrenberg isn’t the only one new to the hemp plant in Murphysboro.

Wells sells an array of products made form hemp like edibals, oils, dog treats and even clothes.

“A lot of people come in here that have been using marijuana and they don’t want ot be high all day, but they want help,” Wells said. “I’ve noticed more and more older people coming in wanting to get off opioids or use it for arthritis.”

They both hope to have their oils ready to be sold locally by the end of the year.

HEMP Toilet Paper could be a Game Changer – RADIO.COM 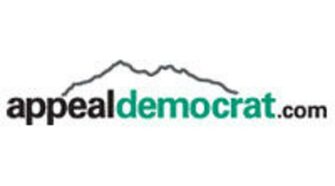