The sentiment emanating from the Colorado Winter Hemp Summit on Thursday was clear; the new regulations proposed in the U.S. Department of Agriculture’s interim final rules for regulating hemp production are too strict and threaten the future of the industry.

“After the rules were issued we saw farmers that just lost hope and decided they weren’t planting next year,” said Cindy Sovine, chair of the hemp committee for the National Cannabis Industries Association. “It’s really just unworkable.”

Of particular concern to the hemp producers gathered at Boulder Jewish Community Center on Thursday, was the stipulation any plant with a THC level above 0.3% is considered marijuana and must be destroyed by a person authorized to handle marijuana under the Controlled Substances Act — such as a DEA-registered reverse distributor or a federal, state or local law enforcement officer.

With the genetics of hemp seeds still being tinkered with, industry leaders during Thursday’s summit said ensuring a crop only produces plants with 0.3% THC or less is nearly impossible.

Even the U.S. Department of Agriculture said it cannot yet properly regulate seeds.

“USDA will not include a seed certification program in this rule because the same seeds grown in different geographical locations and growing conditions can react differently,” the new rules state. “For example, the same seed used in one state to produce hemp plants with THC concentrations less than 0.3%, can produce hemp plants with 10 THC concentrations of more than 0.3% when planted in a different state”

Nevertheless, while growers whose crop exceed this limit are not subject to criminal action by local, state or federal government authorities, any producer who violates the rules three times in five years will be ineligible to produce hemp for five years from the date of the third violation.

In addition, though hemp plants found to have THC levels between 0.3% and 0.5% would not result in a violation, the new rules would still require that farmer to destroy the entire crop.

“One common attempt to mitigate this risk is for farmers to harvest their crop early, which can reduce their potential yield by not allowing plants to grow to full maturity,” said David Sorely, the vice president of marketing of First Crop, a public benefit company that promotes regenerative hemp farming. “Allowing an increase in the THC limit would also create higher CBD values, which would make farmer’s crops more valuable, so it’s really an opportunity cost to restrict the limit in this instance.”

Until the new rules go into effect on Nov. 1, hemp producers in Colorado will be allowed to continue to operate under the current Colorado laws that stipulate a hemp crop is not considered ‘hot’ unless it exceeds 1% THC, which less than 15 of Colorado’s 2,600 registered hemp producers exceeded last year. By way of comparison, the Colorado Department of Agriculture estimated estimated 25% of Colorado hemp farmers would have failed to meet the 0.3% standard resulting in the loss of roughly 22,000 acres of production.

Brian Koontz, the industrial hemp program manager with the Colorado Department of Agriculture, has submitted comment to the USDA suggesting the maximum THC levels be increased, but that change can only be approved by Congress. According to Garrett Graff, a managing attorney at Hoban Law Group that specializes in cannabis law, that decision will not likely be addressed in the next year due to the impeachment proceedings and upcoming presidential election.

Even after the current political drama dies down, Graff noted gaining support for raising the allowable THC levels will be difficult, especially in red states where the stigma of marijuana and hemp is still very much present.

In the meantime, Koonz said the Colorado Department of Agriculture is working with the U.S. Department of Agriculture to amend the rules so farmers found with a ‘hot’ crop would not have to destroy their entire yield, but would be able to sell it for some other purpose, like paper, cloth, hempcrete, or biomass, in which the psychoactive THC chemical would not be consumed.

“Farmers are really pushing these genetics to stability and they’re the most at risk and we find that to not follow a chain of logic,” said Adam Orens, a founding partner of Marijuana Policy Group, a consulting group helping the Colorado Department of Agriculture respond to the USDA’s new regulations. “That’s too much value being destroyed and there are a number of ways that we’ve proposed the USDA could retain value. Everything from alternative supply chains that this material could enter into, all the way up to working with Congress to change the definition.”

He also noted that, if the Colorado Department of Agriculture followed the new testing requirements laid out in the interim final rule, it would have to send two employees to oversee the destruction of every ‘hot’ hemp crop and build a new building for the Colorado Department of Public Health and Environment to test all of the plants, which would cost the state millions of dollars.

These comments, among others, will be submitted to the U.S. Department of Agriculture on Jan 29 and a state plan will be submitted soon after, which koontz said he expects to be either adopted or rejected within 60 days.

Next Banning hemp to fight pot is reefer madness - Wakeweekly 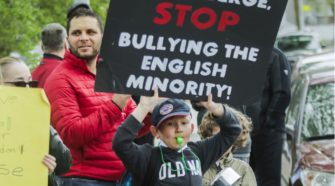