“Our Great Lakes Cannabis brand and facility will primarily supply cannabis products to the other provinces that Biome operates in until domestic production capacity in those other provinces is sufficiently brought online,” said Chief Executive Officer, Khurram Malik. “Longer term and subject to applicable legal requirements we see Great Lakes Cannabis supporting the international markets that we’ve been cultivating for future growth.”

Forward-looking statementsCertain statements or projections contained in this document are forward-looking statements, including those that discuss the Company’s intention that Great Lakes Cannabis Co. will position itself to supply cannabis products for Canadian and international markets, its expectation that it will receive a cultivation license and the timing associated therewith, the specifics associated with the Great Lakes Cannabis production facility and when such facility will be complete, production capacity in the other provinces in which Biome operates in and the timing of when such facilities will have sufficient local production, its plans to build a local and sustainable ecosystem in Ontario, its plans to operate a diversified mix of low cost licensed cannabis production facilities across Canada and other jurisdictions including internal jurisdictions and the long term business plans of Biome. Such forward-looking statements reflect management’s current beliefs and expectations and are based on assumptions made by and information currently available to the Company, including the assumption it will be able to obtain all necessary regulatory licenses, permits and approvals to produce and sell cannabis and generally operate its business in both Canada and internationally, that labour, construction, and other costs will remain low for its licensed cannabis production facilities, and sufficient financial resources will be available. 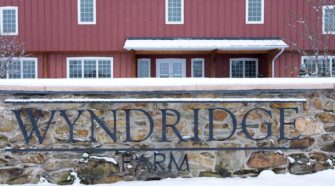