Georgia House Agriculture and Consumer Affairs committee members approved the legislation Tuesday that would require anyone who is legally carrying leafy green hemp to have a license to prove they are in the hemp business.

Violators would face up to a year in jail or a $1,000 fine for possession of less than an ounce — penalty equal to that of misdemeanor marijuana.

When Gov. Brian Kemp signed the Georgia Hemp Farming Act, it became legal in the state to grow the crop with up to 3% THC content — the chemical ingredient found in marijuana. Processed hemp is used for CBD oil, a health product commonly used for pain relief.

“If you treat any leafy substance as hemp, you’re decriminalizing marijuana in this state,” said Pete Skandalakis, the executive director for the Prosecuting Attorneys’ Council of Georgia. “I don’t think that’s what the Legislature wants.”

But Mazie Lynn Causey, a lobbyist for the Georgia Association of Criminal Defense Lawyers, testified the bill would criminalize hemp.

“This bill, the criminal aspects of this bill,” Causey said, “are seeking to criminalize a legal substance of hemp as if it was marijuana.”

Rep. Scot Turner, R-Holly Springs, who voted against the bill, said under the definition of a hemp product, the bill would leave room to interpret possession of CBD oil as grounds for prosecution as well as the plant.

“They’re comparing apples and oranges,” he said. “They’re taking a legal product and making it illegal.”

Turner told CNHI that lawmakers hadn’t consulted with lawyers on the issue and therefore didn’t go through a full process.

Rep. Matthew Wilson, D-Brookhaven, also voted against the measure and said the logic is not sound for charging someone with a crime because law enforcement has limited ability to test in the field.

“To fix that issue you’re going to create a brand-new crime for a substance that the federal government has legalized and does not classify as a controlled substance?” Wilson asked.

“What we’re criminalizing is not hemp, it’s breaking the rules,” he said. “If they have the proper paper work, they don’t need the test.”

The bill moved forward out of committee on a voice vote, with two votes against.

“If we were dealing with peppers, squash, blueberries or egg plant, we wouldn’t even be having this conversation,” Rep. John Corbett, R-Lake Park, the bill’s sponsor, said. “But we are dealing with a crop that just by a minute change in the THC content it can go from a legal crop to an illegal crop. So we’ve got to have very strict rules and regulations on who, how, where and when.”

But as lawmakers mull possible unintended consequences of the legislation, hemp industry producers said it’s time to get some work done.

Robert Lee, chief information officer of Georgia Xtracts, a hemp manufacturing and processing company, said it’s time to get the ball rolling. Xtracts has invested $5 million in a facility in Georgia and has offered testing services to the state.

“I understand we need to get this right and we’ve trusted you guys,” he said. “I can’t start the business really running, until we get this thing going. … Until we start this industry here, consumers in Georgia are going to continue to purchase unsafe products.”

Panda Biotech setting up hemp processing facility in US – Fibre2fashion.com 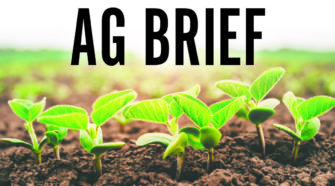