The decision to hold annual general signups reflects the level of CRP contracts that will expire ahead. There are contracts on 5.36 million acres set to mature September 30, 2020.

That could allow for a very robust general signup given the current level of CRP acres and the contracts maturing in September 2020.

The press is fascinated by the fact that last year, Congress chose to authorize farmers to produce and market hemp — sort of. However, the process of moving that industry into the mainstream has been fraught with difficulty but that may be changing.

The Journal noted, as have many others, that “until recently, hemp production largely was banned under federal law.” Then, last year’s farm bill removed hemp from a list of federally controlled substances and directed USDA to regulate domestic production.

However, there are still some controls on hemp production and banks are still required to file reports on customers in the hemp business if they suspect “suspicious” activity, regulators said. The Treasury’s Financial Crimes Enforcement Network says it will issue additional guidance after further evaluation of the USDA’s rules governing hemp production.

This week, the American Bankers Association, a trade association, praised the release of the industry guidance. Even after last year’s farm bill, access to banking services has been “an ongoing problem,” according to Erica McBride Stark, the executive director of the National Hemp Association, a trade group for growers. “So, this actually should be quite helpful.”

Even after hemp production became legal, it took USDA most of a year to devise rules for the industry and bank regulators were even slower to change. The restrictions on the industry had held back even Stark’s organization, a nonprofit that does not actually produce hemp. The trade group had problems getting basic services because banks were worried that they it could be receiving proceeds from a crime when it collected its members’ dues, the New York Times said.

The report charged that Stark said that USDA’s rule change “had not helped. They understood that hemp was removed from the federal Controlled Substances Act but because of the paperwork that was involved, a lot of producers were just like, ‘yeah, it’s just not worth it,’” she said.

Rob Nichols, the president of the American Bankers Association, a trade group, said his members had been pushing for the change for some time, and was also interested in changing rules for marijuana production.

Last month, the association surveyed 1,800 agriculture-focused banks in the country and found that almost half had gotten questions from their farmer-customers about whether they would still do business with them if they started growing hemp.

“We appreciate the steps regulators have taken to clarify regulatory expectations for banks, and we look forward to working with them as they develop additional guidance,” Nichols said.

While the change will help businesses making clothes and other hemp products, it does not affect even the legal marijuana businesses dealing with the same problems. The federal government still considers marijuana to be illegal and even local banks have been too worried about getting in trouble to deal with them.

But banks large and small have come together to support a bill in Congress, the SAFE Banking Act, that would legalize marijuana banking by stipulating that the proceeds of a state-sanctioned marijuana business would not be considered illegal under federal anti-money-laundering laws.

The House of Representatives passed a version of the bill, and the banking industry is pushing the Senate to take it up. If it were to become law, it would let banks dive into a lucrative new industry that has been plagued by security concerns and is desperate for even the most basic services, like checking accounts and credit card processing.

Still, it wasn’t clear on Tuesday that the change to hemp regulations would immediately influence bankers’ attitudes. Bankers say they are still reviewing the complicated licensing requirements that states and USDA have devised for hemp growers.

In the meantime, growers’ hopes might still be threatened. Stark said she had heard Wells Fargo was considering offering banking services to hemp businesses, but a Wells Fargo spokesman said the bank was taking no such steps.

So, we will see. It clearly has been difficult for a staid old business like agriculture to shift to support what many believed, and believe, is an illegal activity. However, if hemp production proves to be profitable, even that reluctance likely will fade into the sunset, Washington Insider believes.

Want to keep up with events in Washington and elsewhere throughout the day? See DTN Top Stories, our frequently updated summary of news developments of interest to producers. You can find DTN Top Stories in DTN Ag News, which is on the Main Menu on classic DTN products and on the News and Analysis Menu of DTN’s Professional and Producer products. DTN Top Stories is also on the home page and news home page of online.dtn.com. Subscribers of MyDTN.com should check out the US Ag Policy, US Farm Bill and DTN Ag News sections on their News Homepage.

If you have questions for DTN Washington Insider, please email edit@dtn.com 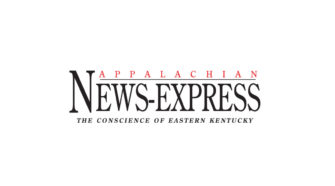