Farm bankers, like farmers, are curious about the potential for hemp.

Tony Hotchkiss is an Ag banker. What kinds of questions does he hear from farmers?

“How do I raise it? It is very labor intensive. And what does that mean? But also, how do I harvest it? What type of equipment do I need? Where are the processors? And because of the regulations regarding the amount of THC a plant can have at point zero three percent, how do you keep the plant at that level or below? And what type of hybrids are available and where where do you buy the seed and what kind of seed do I buy? I mean, I can go on and on. There’s just so much that that I’m excited that that hemp is a potential for the industry. But I think people need to to slow down and make sure they do their homework, because if they don’t, especially on the producer side, they might get caught in trying something where they can lose a lot of money. They might make a lot of money. I’m not suggesting either way, but but it’s just some that they need to be cautiously optimistic about and approach slowly and make sure that they have trusted advisers involved with them, including their bank. As as as well as their suppliers and their processors. They’re market makers.”

Processing is a major issue for many would be hemp farmers, and it’s become one of the major obstacles to overcome. That’s because many processors are not equipped to handle the volume coming in. 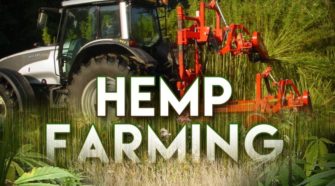