Touting some marginal improvements in the state’s record with the RISE program, Baldwin noted that several Greenbrier County homes destroyed in the 2016 flood have now been replaced.

The West Virginia National Guard, which is in charge of the federally funded RISE program designed to replace or rehabilitate hundreds of homes that fell victim to that flood, reported on Aug. 16 that the total number of RISE-completed homes stood at 58 statewide, with 392 active cases still pending. At the beginning of the year, those figures stood at 43 completed homes, with 406 active cases pending.

The 10th District state senator also mentioned the Hazard Mitigation Grant Program (HMGP) and a separate Slum and Blight program, about which he said he is seeking additional information.

State officials, who once had prioritized infrastructure projects at the expense of putting flood victims back into sound homes under the HMGP, earlier this year yielded to pressure from both the governor and the Legislature’s Joint Committee on Flooding to flip the priorities in favor of rebuilding homes. Baldwin serves on the flooding committee.

He reported Tuesday that the state has now removed all homeowner projects from the “oversubscribed list” — a roster of projects unlikely ever to be funded — and recommended federal funds be approved for them. But the final decision still rests with the Federal Emergency Management Agency (FEMA). Baldwin said FEMA may begin moving forward on those recommendations later this month.

Turning attention to the future of industrial hemp production in the Mountain State, Baldwin noted that regulatory issues remain to be dealt with as harvest season looms.

Commission President Lowell Rose said competition from neighboring states is another problem, given the different state regulations now in play. Despite the drawbacks, however, Rose said the hemp industry is expanding locally.

“It is a major thing in the county,” he said. “It’ll be a good income-producer.”

His fellow commissioners were not so enthusiastic, pointing to “federal issues” with hemp, which is a variation on the plant that produces marijuana. It is still illegal under federal law to grow, possess or sell marijuana, even though several states — including West Virginia — have approved its cultivation and sale for medical purposes, while others have passed laws allowing recreational use. 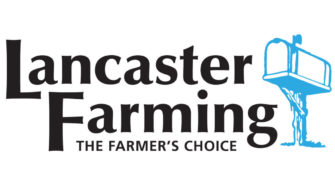