While talks aimed at stakeholders interested in the full range of whole plant hemp applications are on tap at this year’s Australian Industrial Hemp Conference Feb. 25-28 in Freemantle, organizers say those representing the financial sectors in the Australasian region also have much to gain by attending.

“They
can get in on the ground floor and generate new contacts in an
industry that will boom,” said Charles Kovess, one of the event’s
organizers. “This is not just a conference for farmers and
agronomists, as the economics of hemp also will be discussed,”
Kovess noted, suggesting the gathering offers financial services
providers a chance to position themselves as advisers to stakeholders
in the burgeoning industry just as it gets rolling.

Though
hemp has long been cultivated in Australia, with raw materials and
finished goods exported to countries like Japan, the USA and Korea,
hemp producers are now expanding in their own domestic market,
estimated at AUS $13 million in seed and straw production alone.
Estimates are for a four-fold increase overall in the coming years
driven mainly by the new food and CBD sectors as Australia classified
hemp as food only as late as November 2017 following 15 years of
efforts by stakeholders.

The
State of South Australia alone has said it is expecting a farm gate
value of $3 million per annum from hemp within the next few years
under state industrial hemp guidelines from the SA Manufacturing and
Innovations Ministry. And as the region within Australia growing the
most hemp currently, Tasmanians want to expand on whole-plant-use
while also building on their proven experience growing for medicinal
products, as the state already is licensed to grow poppies for
pharmaceutical firms (resulting in a $290 million poppy industry).

The
second biennial Australian hemp gathering is to feature as many as 40
speakers who will talk about hemp farming and processing, and cover
hemp’s full potential for such sectors as medicine, fuel, composites,
food, textiles & fashion, construction, fertilizer, health &
beauty, and eco-friendly packaging. Organizers say up to 400
attendees are expected for the conference, to be held at Freemantle’s
historic Esplanade Hotel.

Among international speakers for the event:

Mike
McGuire, Canada, Director of Medical Access and Specialized
Authorizations within the Cannabis Legalization and Regulation Branch
at Health Canada who’ll talk about “Canada’s approach to the
regulation of industrial hemp and cannabis for medical purposes.”
McGuire currently leads the team responsible for the implementation
of Canada’s medical cannabis access program.

Malgorzata Zimniewska, Director of Poland’s Institute of
Natural Fibers & Medicinal Plants, who’ll discuss “Potential of
Industrial Hemp in Poland – Challenges and Opportunities.”
Zimniewska is researching the development of “pro-health textiles.”
She also serves as Vice-Chair of Quality Control for the European
Commission Research Executive Agency for Future and Emerging
Technologies as well as other industry bodies related to natural
textiles. 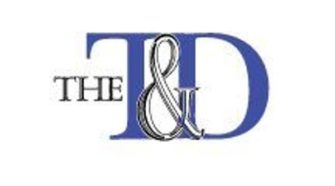