The decision comes “in light of unanticipated consequences” caused by the newly-implemented Georgia Hemp Farming Act, which legalized hemp production in the state when it was signed into law by Gov. Brian Kemp in May.

Hemp looks identical to marijuana and contains .3% or less of THC, which is the main psychoactive compound that gives marijuana its high. According to the release, current drug tests used by the Georgia Bureau of Investigation only confirm the presence of THC in marijuana. ACCPD expects to have testing equipment with the ability to test THC potency in early September.

“The ACCPD is working closely with the GBI, our District Attorney, and the ACC Solicitor General to monitor this situation, as well as to identify and implement solutions,” said ACCPD Chief of Police Cleveland Spruill.

“ACCPD would like to remind citizens that possession, distribution, and trafficking of marijuana remains illegal in the state of Georgia and that marijuana laws will continue to be enforced by the ACCPD,” the release said.

The department’s decision follows that of nearby Gwinnett County Solicitor General Brian Whiteside, who began dismissing misdemeanor marijuana cases after the act was passed. 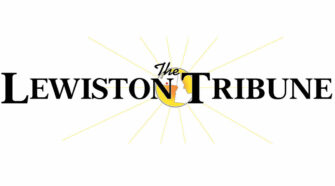