Some of Arizona’s medical marijuana growers have shared their growing concerns over hemp with state lawmakers.

The growers want a law enacted to require a multi-mile buffer zone between where hemp farmers can grow in relation to medical marijuana farms, Tucson.com reported. Hemp growers think 5 miles is more than adequate while marijuana growers think a minimum of 10 miles is necessary.

“As soon as one of our female plants gets pollinated it stops producing THC and any other medicinal quality,” said Arizona medical marijuana grower Damien Kennedy. “What it does is it takes all of its nutrients and puts it into that seed.”

The town of Snowflake has already adopted a 5-mile buffer zone, and lawmakers in Pima and Santa Cruz counties may enact a similar law soon.

However, a state senator – for some unknown reason – wants to create a bill that would ban cities and counties from making hemp-related regulations, which means that the Arizona Department of Agriculture would be the only entity that could enact hemp-related laws. If this happens, Snowflake and all other municipalities in Arizona would have to terminate any hemp-related growing laws. 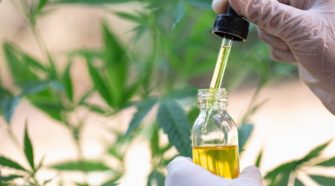 Nearly Half of All Major Canadian Pot Growers Have Entered the U.S. Hemp Market – Yahoo Finance