There are new guidelines from the federal government that could help hemp farmers in New York state expand their operations.

The news comes from Sen. Chuck Schumer (D-NY). He said the Federal Reserve and other federal agencies have confirmed that it is legal for banks to provide services to industry hemp-oriented businesses and farms.

Schumer said that even with the passage of a federal farm bill last year that legalized the production and sale of hemp, financial institutions were still questioning whether they could provide services to hemp related businesses.

He said federal agencies have announced that banks will no longer have to file suspicious activity reports for industrial-hemp related businesses looking for loans or other services.

Dale Weed, (yes that’s his real name), operates a food processing operation called Pure Functional Foods as well as a hemp farm in Wayne County.  Although he hasn’t needed a big expansion loan at this point from a bank, he still thinks this is good news because of the rapid development of hemp farming in upstate New York.

“Personally I believe small farms, it can make the difference of whether you save the family farm or not; it’s considered currently the gold rush of agriculture with the amount of income that a farm can receive off of CBD-Hemp,” Weed said.

Despite his name, Weed is not a fan of marijuana. But he does grow hemp to produce CBD oil, which he says has the potential for generating solid revenues for small farms across the state.

Gov. Andrew Cuomo on Monday signed a new law that will establish new regulatory rules for the production and sale of hemp in New York. 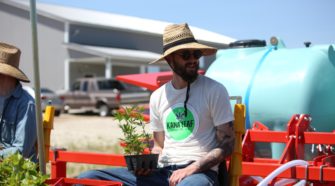