Several area farmers have banded together under the moniker Hempire State Growers seeking to reap the benefits of hemp-based commerce recently formalized under a new set of regulations passed by state lawmakers.

The new regulations, signed into law by Gov. Andrew Cuomo in December, created a regulatory framework for hemp extract production, processing and commerce and updates the hemp permitting process and regulates the extract industry through production standards, testing and labeling.

“The passage of this legislation is of great importance to New York farmers and to our economy, and creates a nation-leading framework for growing, processing, and selling hemp products in the state,” State Sen. Jen Metzger, D-Rosendale said in an emailed statement. Metzger co-sponsored the legislation with Assemblywoman Donna Lupardo, D-Binghamton.

Jason D. Minard, who serves as both Hempire State Growers’ in-house attorney and a grower himself, said the legislation creates the most comprehensive legal framework in the U.S. and does what the U.S. Food and Drug Administration has yet to do.

Minard, a fifth-generation farmer, said the new regulations will make New York state a national leader in CBD hemp. Besides growing hemp Minard is co-owner of the Minard Family Farms apple orchard in Clintondale which his family started in 1906.

Hempire State Growers is made up of a core group of about 12 farms in Ulster County, which are currently cultivating about 200 acres collectively and are seeking to create a CDB region, Minard said.

Minard said 2019’s crop has been harvested and dried and it will be processed on-site at Hepworth Farms in Milton.

Once processed the cooperative can market the CBD oil as a “quality New York state organically-grown product,” Minard said.

“We have a seed to sale tracking system. Customers can take a picture of a QR code and see where it was grown and who it was grown by,” Minard said.

“We want to have a big presence, not just nationally, but in international markets,” Minard said.

The cooperative’s name may be familiar to motorists traveling south on the Thruway through the town of Ulster. It’s advertised on a large billboard situated on a farm owned by Leo Boice & Sons just north of the Sawkill Road overpass. This farm is one of the members of the cooperative.

A billboard visible to southbound motorists on the New York state Thruway stands over a hemp field at the Leo Boice & Son’s Farm off Sawkill Road in the town of Ulster.

“I slowly got involved. I became a grower and did hemp tours for the public in Clintondale,” Minard said.

Minard said his tours help to educate the public and drive up consumer interest.

Minard said the cooperative presently is focusing on CBD oil, which can potentially treat a number of medical conditions including anxiety, inflammation and sleeplessness.

“We’re not allowed to say it cures anything,” Minard said.

Along with being a grower, Minard is using his legal background to help farmers at the grassroots level and helped to draft the law with state lawmakers.

“You have to be licensed to grow it, to process it and to sell it at retail,” Minard said. “It’s going to provide a safer more transparent process, no more fake CBD oil at gas stations.”

Amy Hepworth, who co-owns Hepworth Farms in Milton with her twin-sister Gail, stands in front of a large hemp field during harvest. Gail and Amy Hepworth helped to found Hempire State Growers Hudson Valley, a cooperative of 12 area farmers growing hemp for use in CBD oil products.

Licensees will be subject to third-party audits that say “everything is clean and kept appropriate to the law,” he said.

Product labeling must tell customers what a specific product does, how strong it is and how much CBD is in it, Minard said. “This was a very gray area.”

“The only way to compete is with a cooperative,” Minard said.

Minard said Hudson Valley farms benefit from some of the richest soils in the nation and the climate has proven to be very conducive to growing hemp.

The cooperative’s plants have yielded a high CBD content, an average of 19 percent in the flower so far, while yields elsewhere can average 10 percent or lower, he said.

“It has the potential of bringing in income. It has enormous potential when you compare yields to the average fruit crop,” Minard said.

Minard said while hemp looks and smells like marijuana, it’s completely different and someone couldn’t get high even if they “smoked an entire field of hemp.”

Regulations stipulate that hemp must have a THC, or tetrahydrocannabinol, content of less than .3 percent, Minard said. THC is the ingredient that creates a high for marijuana users.

“Anything with a higher THC content is useless, you can’t sell it,” Minard said. The state Department of Agriculture and Markets tests each individual farmer to ensure their compliance, he said.

“We’ve set up an in-house lab helping the farmers to test their plants to maximize CBD content while remaining THC compliant,” he said.

“We test weekly, and a little more frequently towards harvest,” Minard said.

The timing of the harvest is key, if the plants stay in the ground too long then the THC goes up, Minard said. “Then you got a real problem,” he added.

Minard said the cooperative has held community meetings, to educate police departments and town officials about the differences between hemp and marijuana.

“There’s a lot of good economically for the community,” Minard said.

“It’s extremely rare that a new, high-value commodity comes along like this, and it’s an enormous opportunity for our farmers and for businesses up the value chain,” Metzger said. “A number of farms in our region are not just growing hemp for CBD, but are also engaged in, or are planning to engage in, value-added activities to produce their own CBD products, which is an encouraging trend.”

Metzger said more than 400 family farms already have licenses from the state Department of Ariculture and Markets to grow hemp.

“The majority of New York farms are small, and 98 percent of them are family-owned,” Metzger said.

Metzer said the regulations build on the foundation of an industrial hemp research pilot program the state Assembly started back in 2015.

“I had numerous meetings with farmers when we were working on the bill, and they were broadly supportive,” Metzger said.

Metzger said as the state’s Department of Agriculture and Markets develops the required regulations, she will work to ensure farmers continue to be consulted.

“Our bill calls for creation of a working group by the Commissioner, and I will be recommending that Hudson Valley hemp growers have a seat at this important table,” Metzger said.

Is This the Next Big Cannabis IPO? – Motley Fool 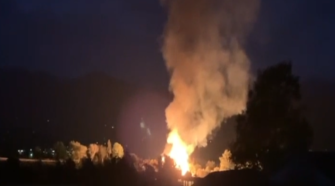