The application period for the state’s industrial hemp program will open Sept. 1, according to the West Virginia Department of Agriculture (WVDA).

Those interested in growing industrial hemp for the 2020 growing season must submit an application and all required materials by Sept. 30 to be considered for licensure, the release said.

“Each year, the number of producers as well as the general interest in industrial hemp continues to grow,” said Commissioner of Agriculture Kent Leonhardt. “Foresight by the West Virginia Legislature has allowed our producers to have a leg up on other states.

“Now that industrial hemp is a legal crop throughout our country, this is the time for producers to take advantage of this opportunity,”

“We expect our federal partners to release draft rules later this year,” Leonhardt said. “Once they have those rules, West Virginia will have to issue our own state plan. We will inform producers of changes every step of the process.”

The 2019 Farm Bill, signed by President Donald Trump on Dec. 20, 2018, authorized states to continue to operate under the 2014 Farm Bill until the USDA and FDA provided additional guidance, the release said. This extension ends 12 months after the USDA has issued a plan. States have until then to adjust local rules and regulations in order to come into compliance with federal standards. 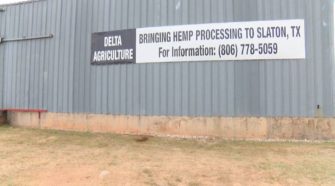