Square, Inc. (NYSE: SQ) kicked off in 2009 with Square Reader, which enabled merchants accept card payments using a smartphone or tablet. The company and its products have continued to evolve since and the firm now has offices in the United States, Canada, Japan, Australia, Ireland and the UK. According to Square, its services are used by more than 2 million businesses.

“In late 2018, the U.S. Farm Bill legalized CBD. We saw this as an opportunity to make our tools available to sellers in the CBD space, so they can start, run, and grow their business on Square,” says the company.

Whether the U.S Farm Bill, which certainly legalised industrial hemp, also legalised CBD at a federal level or not is still a subject of debate for some, but sale and possession of cannabidiol products is legal in a number of U.S. states under varying conditions.

Still, an increasing number of financial-related services are confident enough to be able to start supporting CBD businesses, many of which were locked out of online sales through either not being able to find a reliable processor or one that didn’t charge excessively.

Square’s rates are significantly  higher compared to those for conventional products, but more reasonable than some other processors offering what’s classified as “high risk” payment processing services. Square’s pricing for processing CBD product sales is 3.90% + 10¢ per tap, dip, or swipe for in- person transactions, 4.20% + 30¢ per transaction for online and in-app sales and 4.80% + 15¢ per transaction for keyed in, card on file, and virtual terminal transactions.

Aside from CBD products needing to be hemp-derived and have less than 0.3% THC, there’s not much other publicly published information about qualifying and other conditions in order to be accepted. Merchants interested in learning more can submit an enquiry here.

Another major ecommerce company to recently start allowing U.S. merchants selling cannabidiol products to use its services is Shopify, which has partnered with a couple of integrated third-party payment gateways that will support CBD sales. When we originally reported on this, Authorize.net, DigiPay and eMerchant Brokers were listed as participating gateways, but at the time of writing only DigiPay and eMerchant Brokers were still noted. 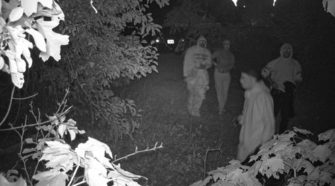