A lot of farmers will give industrial hemp a try this year, the first time cultivation is allowed nationwide, USDA officials predicted on Thursday. But they said there was no way they could allow more THC in hemp despite complaints that the limit of 0.3% is so low that some growers will be penalized unfairly for a “hot” crop.

Bruce Summers, the official in charge of hemp regulations, said the USDA would consider flexibility in the future on the sampling and testing of hemp fields and the disposal of hemp that contains too much of the psychoactive substance THC. The 0.3% limit is set by law and would require congressional action to change, Summers said during a teleconference. Advocates including the largest U.S. farm group say that up to 1% THC should be legal.

“They are clearly established by statute and not a regulatory issue,” responded Summers, head of the Agricultural Marketing Service, when asked if the USDA would change the THC standard. He was also asked if states could remain under the hemp provisions in the 2014 Farm Bill, which authorized hemp research and pilot projects, rather than the 2018 Farm Bill, which legalized hemp production under uniform nationwide rules set by the USDA. States must shift to the 2018 law by November 1.

Six states — Delaware, Louisiana, Nebraska, New Jersey, Ohio, and Texas — have received USDA approval of their plans. Ten states say they will operate under the 2014 rules this year. Rather than run a program, New Hampshire will require hemp growers to get a license directly from the USDA. Two dozen states have submitted a plan, are revising a plan, or are drafting one.

“There’s a lot of interest in the countryside,” said Agriculture Undersecretary Bill Northey, who expects there “will be a lot of people trying it.” Still, it is unclear if plantings this year would exceed the estimated 230,000 acres grown last year. Although the 2019 total was triple 2018’s plantings, it was dwarfed by plantings of major crops, such as corn, which was grown on some 90 million acres.

“We understand many producers are interested in giving hemp a try,” said Richard Fordyce, head of the Farm Service Agency. Summers said of hemp that “few topics have generated as much interest and enthusiasm.”

Hemp has appeal as a potential new cash crop. Interest has been amplified by reports of high revenue from hemp sold for processing into CBD oil, which is used in foods and dietary supplements. Hemp can also be used in textiles, biocomposites, fuel, and livestock rations.

To produce hemp legally, producers must have a license or be authorized under a state, tribal, or USDA production program. Once they plant hemp, they are required to report the location of the field and have the hemp tested for THC content 15 days before harvest by a DEA-approved laboratory. If a field exceeds the THC limit, the crop would be disposed of by law enforcement or a DEA-approved “reverse distributor.” Growers will be deemed negligent for hemp whose THC content exceeds 0.5%; three such incidents in five years and the producer will be barred from growing hemp for five years. Some farmers say the 0.3% limit is unduly low, especially when it is hard to find seed that will reliably produce hemp with low amounts of THC.

“This is something we will look at closely,” said Summers, when asked if growers could have more than 15 days to harvest a field after samples are taken and if there would be alternatives to DEA-approved laboratories. The 15-day rule is criticized as an unworkably short period. There are fewer than four dozen DEA-approved laboratories, and some farmers fear a harvesttime jam at the labs.

The USDA intends to reopen its hemp regulations for public comment following the fall harvest, said Summers. The “lessons learned” material will be used in moving from the interim final rule issued last October 31 to a final rule to guide hemp production, he said.

“Quite possibly,” the 2021 hemp crop will be grown under the same rules that apply this year, said Summers, although the USDA will try to write the final rules as quickly as possible. Some 4,600 comments were filed during the three-month public comment period that ended on January 29.

During the teleconference, the USDA reminded growers that three risk-management programs are available for hemp. They are a pilot crop insurance policy in 21 states against yield loss, the whole-farm revenue insurance program, and the Noninsured Assistance Program, which offers insurance-like coverage in areas where federally subsidized crop insurance is not available. Hemp farmers are also eligible for USDA farm loans and land stewardship programs.

The USDA home page for the hemp production program is available here.

Hemp Can Do It!: Expert Grower Comes to Wisconsin – Wortfm 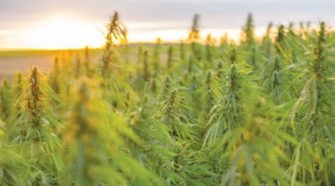