Growing industrial hemp in Texas is not yet legal, but there is a rapidly growing amount of interest, questions and calls seeking information about the new crop.

Although House Bill 1325 has been signed into law by Gov. Greg Abbott, it still requires the establishment of licenses, fees, criminal offenses and civil and administrative penalties.

Once all that is done, possibly sometime next year, potential growers will have to complete the licensing process before a single seed is planted, Redmon said. The licensing program will be established by the Texas Department of Agriculture and requires producers to go through a background check and have a third-party crop testing to validate THC levels.

“We don’t know a timeline on all these steps being completed, but USDA anticipates its part to be done by the end of this year,” Redmon said.

Hemp, as outlined in the Texas bill, refers to the plant Cannabis sativa L., including the seeds and all derivatives, extracts, cannabinoids, isomers, acids, salts and salts of isomers with a delta-9 tetrahydrocannabinol, THC, concentration of not more than 0.3 percent on a dry-weight basis.

Once all the pieces are in place, AgriLife Extension’s industrial hemp education team will help develop resources for agents and specialists to utilize across the state in producer and public education programs.

Industrial hemp has been grown in most U.S. states, including Texas. In the 1930s, there was initial hemp production in South Texas. Though the Texas Rangers and TDA inspected and approved the production, in 1937 it was banned by the Texas governor.

In addition to educational programs, the future could include Texas A&M AgriLife initiating a limited research plan on industrial hemp as early as 2020, Redmon said. The primary objective would be to identify which approved varieties, those with 0.3 percent or less THC, perform best in regional adaptation and production of biomass/fiber, seed and oil yield under different Texas environments. 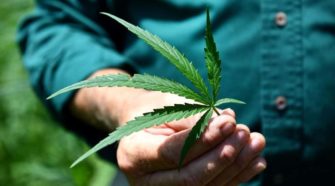