An official panel created by the Alabama legislature is recommending that the state legalize medical marijuana.

Twelve of the 18 members of the Medical Cannabis Study Commission voted on Friday to support the passage of a bill that would establish a medical cannabis program for qualifying patients. Three members of the group voted against the recommendation, while three others opted to abstain.

The panel was established earlier this year, after the Senate approved a bill in May to legalize cannabis for therapeutic purposes. But the legislation was watered down to simply create the study commission after it became clear there was no path to passage for the broader proposal in the House of Representatives.

“Members of the Study Commission brought diverse perspectives to the group and provided various opinions on the use of cannabis to treat the symptoms of medical conditions and the broader topic of marijuana use in general,” reads a report that the panel released. “Based on the presentations and discussions, the Study Commission found that, although some medical study results are inconclusive and some results are mixed, there is strong scientific evidence that both hemp and marijuana contain compounds that provide significant relief for symptoms of certain specified medical conditions.”

The draft bill approved by the study committee calls for the creation of an Alabama Medical Cannabis Commission—an 11-member agency that would be responsible for licensing businesses and tracking the medical cannabis system from “seed-to-sale.”

The panel is also calling for support for research into additional therapeutic applications for both marijuana and hemp, as well as measures that would increase diversity in the ownership of medical cannabis businesses and address patients’ needs for affordable medicine.

For state lawmakers who have voiced their support for a state medical cannabis program, the commission’s vote to recommend legalization is the latest sign of momentum working in their favor.

“It’s a strong showing that two-thirds thought the legislation was reasonable and well thought out,” Sen. Tim Melson, who served as the panel’s chair, (R) told the Alabama Media Group.

Melson, a career medical researcher and anesthesiologist, introduced the medical marijuana bill that passed his chamber in this year’s session.

Despite the legislation’s approval in the Senate Judiciary Committee in April, and passage by full body the following month, it subsequently died in the House.

Also in April, the Senate Judiciary Committee unanimously approved separate legislation that would decriminalize possession of small amounts of marijuana. The bill never advanced to a floor vote, however, and companion legislation was defeated by a House panel.

The proposal is fairly restrictive as compared to existing medical cannabis programs in other states, as it would not allow smokeable forms of marijuana and would let employers fire or refuse to hire workers over their legal medical marijuana use.

“There is a time I never would have carried this bill a year ago, two years ago,” Melson said during a floor debate earlier this year. “I finally looked up the facts instead of stereotyping what medical cannabis is.”

Alabama’s next legislative session begins on February 4, 2020. If the new bill is approved by the legislature, the state would be the 34th in the U.S. to adopt a comprehensive medical cannabis law. 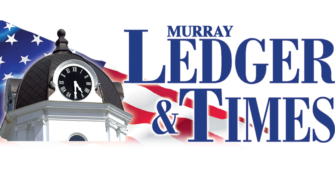