Poland’s Ministry of Agriculture has recommended a full 1.0% THC allowable in industrial hemp in a recently unveiled 2-year government farming plan. The country would join nations in different parts of the world which have set allowable THC levels above the globally prevalent barrier of 0.3%, and the 0.2% THC standard observed by most countries in Europe based on European Union guidance.

The proposal pertains only to hemp “in the field” as measured for THC at harvest time.

“This is a welcome statement from the Ministry, and a nice step forward,” said Jacek Kramarz, who represents Poland on the board of the European Industrial Hemp Association (EIHA).

Despite the progress, Kramarz said the Polish government also needs to address the issue of THC limits for finished hemp products. Allowing greater limits “in the field” removes a level of risk that farmers’ crops will be “hot,” or over the THC limit, “but it doesn’t solve the fundamental issue of specific guidance for THC levels in finished food and food supplement products,” he added.

Stakeholders in the European Union are currently lobbying for an increase from 0.2% to 0.3% THC “in the field” under an EIHA initiative.

Kramarz said EIHA’s strategy to revert to a limit of 0.3% THC, a benchmark that was in effect in Europe before being trimmed to 0.2% in 1999, is a prudent one, considering the conservative nature of some EU governments. “We welcome any country that wants to push beyond what EIHA is proposing, but we must take more conservative countries into account. For EIHA, it’s more realistic” to achieve the 0.3% concession from EU authorities, Kramarz said.

Hemp plants with higher levels of THC generally contain higher levels of CBD. Nations observing the 1.0% standard therefore have a market advantage in that sector over those where the limits are lower.

Uruguay, South Africa, Malawi and Thailand are among hemp-producing countries around the world who have set THC levels for hemp at a full 1.0%; some states in Australia also operate under that limit; in Europe, non-EU member Switzerland has an established 1.0% barrier. EU member state Italy has set a national limit of 0.6% THC.

The EIHA’s campaign to reclaim the 0.3% THC barrier would re-set the clock to the 1990s. Before 1999, European stakeholders had operated at that benchmark, but EU officials, ignoring facts and science, cut the limit to 0.2% under influence of powerful French hemp interests; their successful lobbying efforts essentially gave French fiber-hemp varieties, which had been bred for extremely low THC, a monopolistic advantage in the cultivation seed market.

While raising the THC limit to a full 1.0% could strengthen Poland’s position in the CBD sector, the government’s plan stresses the country’s potential in fiber – specifically for hemp textiles – a sub-sector in which Poland was once a significant European player.

The Ministry noted that current restrictive THC levels inhibit hemp agriculture in Poland in part by discouraging the planting of Polish hemp varieties, many of which have great potential in fiber but also carry traces of THC above 0.2% or 0.3%. When Polish crops come in above 0.2% THC, they must be destroyed under current rules.

Under the new proposal, only hemp varieties that meet the 1.0% THC limit could be officially registered for cultivation in Poland, and only hemp that comes in under the current 0.2% European “in the field” guideline would be eligible for direct EU farm subsidies. The Ministry’s plan would streamline the value chain from farmers to processors, clearly defining fiber hemp, and reducing the administrative burdens related to the monitoring of hemp cultivation and trade.

As part of the government’s push for hemp, the Agriculture Ministry has asked the Ministry of Health to adjust provisions of the 2005 Act on Counteracting Drug Addiction that negatively impact hemp farming and production.

Note: Figure for 2019 is estimate for actual fields planted.

Meanwhile a “Hemp Program for Poland” has been rolled out through the government-owned Institute for Natural Fibers and Medicinal Plants (IWNiRZ) to advance Polish hemp interests. IWNiRZ sells seeds to farmers and contracts to buy their crops. It is also an exporter of Polish planting seed varieties.

The Institute, which marks its 90-year anniversary this year, is one of the most well-known natural fiber research centers in the world. It started tapping into the commercial hemp markets at mid-decade, growing hemp for CBD and selling fiber for construction and other applications. 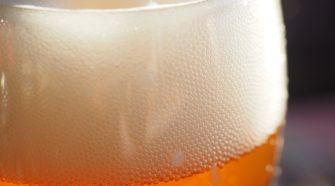 Can Beer Yeast Be Used To Create THC And CBD?