About 100 workers are busy checking irrigation lines, repotting immature plants and monitoring the tens of thousands of cannabis plants being grown indoors, even though spring, when outdoor hemp farms begin planting, is still months away.

In 2019 – the first year that hemp, marijuana’s non-psychoactive cousin, was legal in New Mexico at the state and federal level – Rich Global Hemp sold 1.2 million immature plants to New Mexico farmers, according to Ricardo Berroteran, head of cultivation for the company.

And that’s just the beginning.

Buoyed by state and city incentives and a year of experience, Rich Global Hemp, the brainchild of California-based entrepreneur Josh Rich, is planning to sell between 6 million and 10 million immature plants in 2020.

“Right now, we’re happy and we’re rolling right along,” Berroteran said. “And I think this next season will be pretty cool.”

Rich Global Hemp may be one of New Mexico’s largest hemp producers, but it’s far from the only company trying to capitalize on the newly legal industry. The New Mexico Department of Agriculture issued more than 400 hemp cultivation licenses in 2019, several times more than the agency forecast.

“We did not think we would have the interest in the first year,” said Brad Lewis, division director for the state Agriculture Department.

Growers and industry experts characterized 2019 as a year of trial and error, in which growers had to navigate which strains of hemp could endure New Mexico’s often erratic weather, while complying with state regulations and finding buyers for their new product. Some officials estimated that up to half the permitted acres never made it to harvest.

Despite the challenges, growers and state officials were quick to point out that New Mexico’s hemp industry has several advantages over other states’ – and potential for meaningful growth. Particularly in the southern half of the state, officials touted optimal growing conditions and an abundance of relatively cheap land as advantages for the new industry, which is estimated to contribute around $2 billion in sales nationwide in 2020.

“This seems to be a particular boon and opportunity,” said Davin Lopez, president and CEO of the Mesilla Valley Economic Development Alliance.

Because of that, a sense of optimism permeates the industry, with companies like Rich Global Hemp looking to double down on its first year in operation.

“We want this industry to boom,” Berroteran said. “It brings jobs to the area, it brings commerce, it’s good for the culture.”

How we got here

Hemp fiber can be used in a variety of products, from rope to clothing to plastics, though those markets have been slow to re-emerge after production was legalized federally in 2018. Today, the hemp industry largely revolves around the production of cannabidiol, a compound that advocates claim has certain curative effects.

Last spring, New Mexico approved a legal framework to grow hemp in the state, in compliance with federal regulations. While New Mexico’s rules came after early adopters like Colorado and Oregon – which both legalized hemp production before it was legal under federal law – it created a framework before neighboring states like Texas, which is looking at starting production in 2020.

Still, there were plenty of setbacks in 2019. Lewis said some growers struggled to obtain seeds and immature plants in time to plant them.

Even for farmers who planted in time, some strains of the plant reacted poorly to New Mexico’s weather, according to Duke Rodriguez, president and CEO of Ultra Health, New Mexico’s largest medical marijuana producer and the parent company of Ultra Hemp.

The plant thrives in mild, dry conditions, but Rodriguez said a colder-than-normal spring across the state delayed planting, while a hot summer killed some plants in their infancy. Additionally, Rodriguez said finding plants that adjusted well to New Mexico’s famous winds proved difficult.

“The plant was hit with every challenge,” Rodriguez said.

Between the weather and the rocky soil, hemp strains like Cherry Wine – which had proven itself in markets like Oregon and California – disappointed in New Mexico.

Another challenge for the nascent industry was a shortage of processors who could convert the harvested plant into extract that could be used for CBD, both in New Mexico and across the country.

Jeff Anderson, agronomy and horticulture agent for Doña Ana County Extension Service, said many growers who didn’t find buyers for their product before planting struggled to find markets once it was time to harvest.

“You need to have nailed that down earlier,” Anderson said.

Still other fields went “hot,” or exceeded the allowable amount of THC – no greater than 0.3% – in a test sample, which prompts the agriculture agency to issue an order requiring the farmer to destroy his or her crop. Lewis said the department sent out 33 destruction orders, out of around 500 inspections.

With a year behind them, growers and industry officials are working to address some of these unexpected roadblocks. Rodriguez said the tough growing conditions provided useful data on which strains were a good fit for New Mexico.

According to a report commissioned by Fathom New Mexico, a hemp exchange founded by former Democratic gubernatorial hopeful Jeff Apodaca, many of the strains that performed best in New Mexico had CBD levels between 14% and 23%.

He added that this information can be used to retain strains that do well in the state’s unique conditions and breed new ones, resulting in lower numbers of crops that are lost to heat or unexpected frosts.

Apodaca said his company, which consolidates hemp from farmers all over the state in a single location for processors to find, can also help alleviate New Mexico’s marketing woes when it comes to hemp.

Rather than forcing out-of-state processors to travel from Las Cruces to Farmington to find the right strain, Fathom will pick them up and transport them to the company’s Albuquerque facility.

“They’re not gonna fly to Albuquerque and drive from farm to farm to farm,” Apodaca said.

The shortage of processors remains a challenge statewide, one that the state is working to address. The New Mexico Economic Development Department has designated “sustainable and value-added agriculture” as one of eight key industries to focus on. Bill McCamley, Cabinet secretary for the New Mexico Department of Workforce Solutions, said the goal is to keep adding links in the supply chain, rather than sending more profitable portions of the industry to other states.

“We want to make the products that our agricultural products contribute to,” McCamley said.

One southern New Mexico company is taking a unique approach to adding processing.

After investing in a group of farmers based in Luna County in 2019, Rick Morales, a Las Cruces-based entrepreneur, decided to scale up his investment. He and his business partner found an empty 13,000-square-foot warehouse at 420 S. Valley Drive in Las Cruces, and decided it could house a new development that’s one part hemp production facility, one part entertainment complex.

The new facility – named “420 Valley” as an homage to the number associated with cannabis consumption as well as the facility’s location – is expected to feature a restaurant and brew-pub alongside a working hemp manufacturing facility and a retail shop that offers CBD products as well as branded merchandise.

Morales said he hopes the facility can open, appropriately enough, on April 20.

“We’re hoping that this is just our entry into the hemp space,” Morales said.

Morales, who was born and raised in Las Cruces and attended New Mexico State University, said he thinks the hemp industry can help transform a portion of the state that has long lost young graduates to other regions and states. After receiving up to $550,000 in funding from the city and state through the Local Economic Development Act, Morales said he plans to hire more than 50 employees.

“What I’m trying to do is create some jobs so these kids out of NMSU and even out of high school don’t have to leave,” he said. 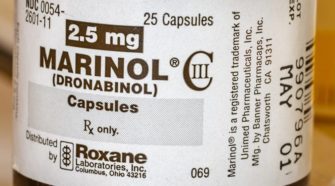