Undaunted by mixed results of last year’s inaugural industrial hemp crop, Arkansas growers and processors are returning to hemp fields and greenhouses this year and are being joined by a few newcomers.

The deadline for growers to apply for licenses has passed, but the Agriculture Department will license processors throughout the year, Caleb Allen, manager of the state’s hemp program, said. Decisions on a few more applications for growers’ licenses are pending.

Caleb said he’d hoped — and expected — the number of growers and processors to be higher for this year. He attributed the lack of growth to farmers’ concerns about federal rules that continue to govern the state’s hemp program.

Growers and processors also face a steep learning curve in what is essentially a new crop in the U.S.

Challenges have been many, not unlike those faced by the pioneers who in the early 1900s brought commercial rice production to the state, which is now the nation’s top rice producer.

A department survey of hemp growers found that 94% of them lost money last year.

Spring rains generally hampered planting across the state, but it was the flooding of the Arkansas River that ruined the first crop of a Dardanelle hemp operation.

“We weren’t able to plant again until late July, and that was too late to produce a good crop,” said Terry Roston, a partner in Nebo Mountain Hemp Co.

If challenges of weather and insects weren’t enough, 21% of growers told the Agriculture Department that they were the victims of theft, as thieves confused the hemp plants for its close cousin, marijuana, or stole it to pass it off as marijuana. (Medical marijuana was legalized in Arkansas in 2016 by voters.)

But hemp lacks most of the chemical that creates a marijuana high. State and federal law requires industrial hemp be no higher than 0.3% in total tetrahydrocannabinol, or THC. Leafly, a cannabis industry newsletter, has reported on strains of marijuana with THC levels upward of 22%.

The operations of Nebo Mountain, known last year as Helping Everyone Make Progress, had four thefts, said Kindle Lancaster, the farm’s other partner. A fifth one was thwarted by the Yell County sheriff’s office.

The sheriff’s office on Oct. 29 received a tip that thieves would go to Lancaster’s operations, where hemp plants had already been harvested and stored for drying, Lt. Scott Moore said.

Four people jumped the gate of a fence that surrounded the business as five or six Yell County deputies awaited during an overnight stakeout of about six hours, Moore said.

“They were adults who thought they were stealing medical marijuana,” Lancaster said. “It was 3 in the morning, in the pouring-down rain, a horrible time to be chasing criminals, but the sheriff and his deputies stood their ground,” Lancaster said.

The four were charged with commercial burglary and theft of property. Bail ranged from $5,000 to $50,000. Trials are pending.

“Local police really stepped in to help us out,” Lancaster said. “We’ve had a lot of great support from the state, the community and law enforcement.”

The first two thefts, of a dozen or so plants, happened early in the growing season, when the plants were only a few inches tall, Lancaster said. Some 135 plants were taken in two later thefts, resulting in a loss of some $40,000, she said. About half of those plants was recovered, she said.

“It looks and smells like it [marijuana],” Lancaster said. “To the untrained eye, you’d certainly think it was, but it’s definitely not.”

Lancaster said she aims this year to work on an “educational program” to show the difference between medical marijuana and industrial hemp. Such a program could include opening her farm to visitors, she said.

Despite the difficulties, Roston and Lancaster are investing in a facility in Clarksville to dry, store and process hemp for farmers across the state. It will be the first in the state with all three services and will be open in time for this fall’s harvest, Lancaster said.

Lancaster and Roston will plant 50 acres of hemp this year, down from 70 acres a year ago.

Allen, the state’s hemp coordinator, said the Agriculture Department couldn’t vouch for the 21% of operations that reported thefts. He said he was aware of the incident at Lancaster’s operations and had heard of six or seven other similar incidents.

“These are self-reported numbers,” Allen said. “I think it’s mostly people not understanding what they’re stealing. That’s what I am assuming. People are going to steal whatever they want to steal. When we hear that a grower has theft, we encourage them to report it. Thefts aren’t unique to Arkansas. Growers and law enforcement in other states are seeing the same thing.”

Growers who participated in the department’s year-end survey reported being unable to sell 54.6% — nearly 108,000 pounds — of last year’s crop. All of that is now in storage, awaiting processing and, growers hope, a better market.

Only about half of the 33 processors reported buying hemp from Arkansas growers, paying them about $330,000.

The hemp program in Arkansas, like those in several other states, is still being operated as a research program, as allowed by the 2014 farm bill.

The 2018 farm bill approved by Congress allowed hemp sales to the public and removed legal industrial hemp — of up to 0.3% THC — from the federal Drug Enforcement Administration’s list of controlled substances.

The Agriculture Department is still developing its plan for a commercial hemp crop for next year. It will have to be approved by the U.S. Department of Agriculture. Approval by the Arkansas General Assembly, which won’t meet in regular session until next year, also will be required.

Previous Going into the 2020 hemp season, farmers warn, "stay out of hemp" - messenger-inquirer 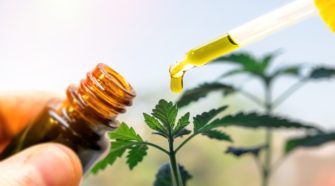