Industry insiders in New York are regrouping to salvage a hemp extract bill that’s been languishing on Gov. Andrew Cuomo’s desk since it was passed last summer.

Cuomo is expected to issue a “friendly veto” of the bill, which will enable it to be reintroduced during the budget process next year, said Jonathan Miller, lawyer to the U.S. Hemp Roundtable.

“He likes the bill but is expected to veto it so we can improve it for the next session,” Miller said.

The hemp CBD measure originally was included in a bill that would have legalized marijuana for adult recreational use.

When the marijuana measure stalled, the hemp provision became its own bill and won lawmaker approval. The measure would have regulated farming, manufacturing and retail sales.

The bill would have allowed up to 20 milligrams of CBD to be added to a 12-ounce beverage; however, there were no provisions allowing for food to be infused with CBD.

Currently, CBD is legal in New York only if it’s sold as a dietary supplement.

Joy Beckerman, president of the Hemp Industries Association, said the organization would like to see the New York bill changed to:

Loosen licensing requirements for manufacturers and sellers.
Open the New York market to hemp growers and processors in other states.
Cap fees for growers and producers.

“We want protections for New York small farms and businesses to be able to enter the hemp economy and take advantage of these new opportunities,” Beckerman said.

The group also is pushing to remove a vague “good character” requirement to get a license to grow or sell hemp.

“We don’t want imported hemp that’s full of contaminants,” he said. “All it takes is a couple of bad products.”

And while many people were alarmed when the bill first passed, Castetter said it was a step toward ensuring the New York market keeps pace with other states.

“We don’t have three to four years,” he said. “This market is moving very quickly, so we need to get ahead of that now.”

Margaret Jackson can be reached at [email protected] 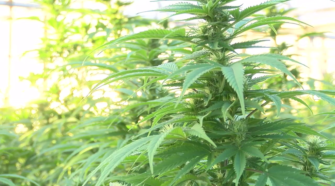