Cannabidiol (CBD), the non-psychoactive cannabis chemical, has skyrocketed in popularity due to its supposed medicinal qualities. It’s also easier to get now with many products showing up at local grocery stores or pharmacies. But those CBD products might be illegal, according to some San Diego legal experts.

“According to the Drug Enforcement Administration [DEA], it’s not legal,” says Jessica McElfresh, a San Diego attorney specializing in cannabis law. “According to the California Department of Public Health [CDPH], these products, even if they’re derived from imported industrial hemp, cannot be sold in California if the product is intended for human consumption.”

The DEA considers CBD a Schedule I drug along with heroin and LSD. However, the CDPH’s July 2018 FAQ on allowable industrial hemp and CBD products has more nuanced rulings. Products with hemp seed oil can be sold by all kinds of retailers. However, CBD procured from industrial hemp or cannabis should only be sold by licensed dispensaries.

Despite this, CBD continues to pop up in supermarkets and drug stores. There are even stores that sell nothing but CBD products.

“The disconnect between what you see and what the law says you should see is quite striking,” says McElfresh.

“I think [this is] in part from an unclear policy from the federal government,” says Wicker, adding that unclear federal laws commonly plague the cannabis industry as a whole.

Consumers might not even know which products are legal. Wicker says labeling on CBD products doesn’t always give sufficient information about manufacturing; there’s usually no way to know if a product is derived from hemp seed oil versus industrial hemp or cannabis.

“With hundreds of CBD storefronts in California, as well as some of the largest manufacturers in the CBD space based here, the notion that they will somehow shut down a billion dollar California industry with zero enforcement budget-well, it is highly unlikely,” say Coggan.

Coggan says his own CBD company, Therapy Pure Essentials, ran into some roadblocks after the CDPH released its position on hemp-derived CBD. Yet, it was the federal government, not the state, that intervened. The CBD company is pending a relaunch.

“Our credit card processor was given a cease and desist by the DEA, or so we were told,” says Coggan. “Consequently, direct to consumer sales are challenging at this time because of that.”

Wicker says that CBD products should be made available as the chemical shows medical promise.

“It’s most unfortunate that federal prohibition continues to confuse the market with unclear regulations,” says Wicker. “It’s important that there be the political solutions to this problem.”

Next 9 Celebrities Who Endorse CBD Oil 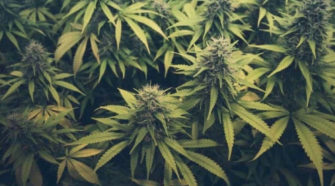