WHATELY — State legislators Natalie Blais and Jo Comerford were behind schedule getting to Whately on Friday, because they got stuck behind a tractor.

It’s a fitting way to be fashionably late when you’re on a three-farm tour of new hemp operations in the Pioneer Valley.

State Rep. Blais, D-Sunderland, and state Sen. Comerford, D-Northampton, joined representatives Dan Carey, Mindy Domb, Paul Schmid and Carmine Gentile, on the journey aimed at helping them understand the challenges farmers are facing as they invest their time in hemp to diversify their crops.

After opening remarks and a bag lunch at the University of Massachusetts Amherst, the caravan made its first stop at Long Plain Farm in Whately. Later stops included Joe Czajkowski Farm and Astarte Farm, both in Hadley.

Long Plain Farm co-owner Scott Hutkoski explained the learning curve presented by this new facet of the agricultural sector. His Christian Lane farm has eight acres of hemp, which looks identical to marijuana but has lower concentrations of tetrahydrocannabinol (THC) and higher concentrations of cannabidiol (CBD), eliminating any psychoactive effects.

Hutkoski explained the equipment needed for harvesting hemp is similar to that used to farm tobacco, a crop with a long history in the valley and that is still grown at the farm. Only the buds of the hemp plants will be used, destined to be sold to Heritage Hemp in Northampton so CBG oil can be extracted from them. He said it is difficult to anticipate how profitable the crop will be but, judging by its progress, he expects he will grow hemp again.

“It looks good,” Hutkoski said of his hemp before the guests arrived.

He told the guests it is vital for the state to lift its restriction on growing hemp on land protected by the Agricultural Preservation Restriction (APR) program. This, he said, would help many farmers.

The state House of Representatives recently passed legislation to this effect. The bill is pending in the state Senate. According to Blais, another bill was recently introduced to legalize food and other products made with hemp-derived CBD in Massachusetts.

Blais said Friday’s tour was important for education about hemp and to learn “how we as a commonwealth can help to support this industry, because they’re real pioneers.”

“We as a state need to be supporting them,” she said. “I expected 25 people. We had 45 people sign up. … And that says something to the interest and, I think, how much people want to support them.”

One of those people was Conway Selectman Robert Armstrong, who said residents’ plans to start similar operations in his town sparked his interest.

Comerford said hemp is a new horizon and there is still a lot to learn about it. She also said it could have a significant impact on local economies.

“Here in Massachusetts, in the Legislature, it’s our job to stand up for our farmers and to listen to what they’re telling us they need,” she said. “This is a farming community — Hampshire, Franklin, Worcester (counties). We want them to succeed. They’re telling us, ‘Hemp is one of the ways forward.’” 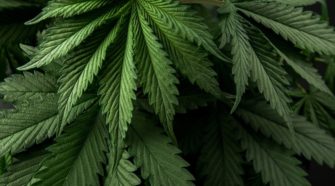