The Texas Department of Agriculture this week released a proposed set of rules for growing hemp, which had been illegal until the federal government’s 2018 Farm Bill cleared the way for production.

The new rules will help would-be growers understand how the crop will be regulated. And when the hemp is ready to be harvested, a Dallas company has a plan for processing it.

A lot of people in Texas are excited about growing hemp. The crop has big profit potential, thanks in large part to the boom in cannabidiol, or CBD, products. But experts are cautioning would-be growers to be careful before they take a big leap. One reason is that growing hemp is just one part of the equation. Another is processing it – extracting CBD oil, or breaking the plant down so you can use its fiber.

As of now, there are no hemp-processing facilities in Texas, but that’s going to change.

“We’re expecting the gin to process around 130-thousand tons of Texas-grown industrial hemp on annual basis,” he says.

Earlier this week,the Dallas-based company announced it has secured the rights to buy a 255,000 square foot facility in Shallowater.

“We think that hemp crops are very complementary to cotton, and we can certainly see them growing side-by-side,” Pentak says.

This is a big deal, because while there’s no shortage of Texans interested in growing hemp, Panda Biotech is one of the few players to announce concrete plans to process it. Doing so requires a substantial investment – you need a lot of space and specialized equipment to harvest hemp fiber, which you can use to make everything from textiles to insulation, car interiors to hempcrete – a flame retardant construction material.

What the company’s gin won’t do is extract CBD. Even though early adopters in other states made a lot of money using hemp for CBD, Pentak said that Panda Biotech’s gin will only produce the plant’s fiber.

The Texas Department of Agriculture will likely begin issuing licenses to grow hemp in February or March. Panda Biotech’s hemp gin could be processing hemp by this time next year.

Cannabis May Not Reduce Stomach Inflammation After All, But It Can Still Help Crohn's Patients: Study 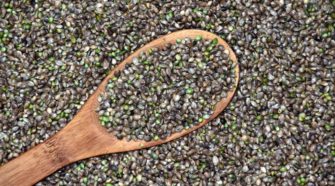