Before long, Ryan Shore hopes to be in Idaho talking to hemp farmers about buying some of his company’s crop.

It may seem like an optimistic stance to take for the CEO of Big Sky Scientific, the cannabidiol, or CBD, company whose 6,701-pound shipment of hemp ignited a political firestorm in Idaho after being confiscated by Idaho State Police near Boise in January. Shore’s company is currently knee-deep in a legal battle with the state to get the product back from police custody.

Hemp, like marijuana, is cannabis, and both contain tetrahydrocannabinol or THC, the psychoactive ingredient in marijuana. Hemp does not produce a high, however. The 2018 U.S. Farm Bill allows states to legalize the growth, purchase, possession and transport of hemp, so long as it contains .3% or less THC.

The substance can be found in everything from lotion and clothing to beer. Under Idaho law, hemp is still considered marijuana and is thus illegal.

But Shore has been talking with farmers in Idaho, and they’re interested in the new cash crop.

“I think you guys will be really good at growing it,” Shore told the Idaho Press Friday in a phone interview. “I’ve met plenty of Idaho farmers that are interested in doing it.”

His optimism isn’t baseless, either — in November, Gov. Brad Little issued an executive order allowing for the interstate transport of hemp across Idaho, so long as it meets certain requirements. That’s a change from when Big Sky Scientific’s hemp was seized, and the trucker transporting the hemp, Denis Palamarchuk, 36, was arrested on suspicion of trafficking marijuana. Palamarchuk pleaded guilty in September to a misdemeanor charge of failure to provide supporting documents as a driver because he had a faulty bill of lading.

Rep. Dorothy Moon, R-Stanley, told the Idaho Press Saturday she plans to introduce legislation in the upcoming session to remove hemp from the state’s list of Schedule 1 substances, which includes marijuana and heroin, thus decriminalizing it.

Last year’s effort to legalize hemp in the Idaho Legislature, House Bill 122, also fronted by Moon, was criticized by police and prosecutors, who voiced concern for law enforcement’s ability to enforce Idaho’s marijuana law if the bill were passed.

“I see no legitimate roadblocks to it,” Loebs said. “If there is a desire to allow legitimate farmers and legitimate businessmen to engage in the production and sale of hemp, and that’s what the goal of the legislation is, I see no reason why there can’t be legislation designed to meet that goal.”

Shore’s company was originally based in Colorado — that’s where the shipment of hemp was headed from an Oregon farm when police confiscated it in Ada County. Big Sky Scientific has since, in large part, relocated to Montana, but Idaho still remains a roadblock for Shore and other people in the hemp industry who want to transport hemp out of the Northwest.

He’s not sure what it would take for him to feel comfortable shipping hemp through Idaho again, so he’s sending shipments through Utah instead, which has become expensive. While Shore said he appreciates Little’s executive order allowing hemp to travel through Idaho, he pointed out there still could be legal pitfalls associated with it.

Little’s order requires hemp traveling through Idaho to have been tested at labs approved by the U.S. Drug Enforcement Agency, and there are currently few labs in the country carrying DEA approval, he said. Even if the hemp was grown and certified under a state’s established hemp program, the product might not have been tested at a lab with a DEA-specific certification. Plus, in his experience, such labs are more expensive — one DEA-approved laboratory Big Sky Scientific used charged the company $800 for a test that usually costs about $50, Shore said.

“That was one of the things where we were like, ‘OK, so theoretically, we could just drive straight through (Idaho),’” Shore said. “And then I read the whole (order) and then I got to that (requirement) and I was like, ‘Well, actually we couldn’t.’ There’s not many of those labs. … That could make that order into kind of a trap.”

Shore said he believes the governor’s order was meant to mirror new federal rules for testing, which mention DEA-approved laboratories. Still, he said, trucks carrying his shipments have been pulled over in other states as well — and Idaho was the only state where there was a problem.

To avoid Idaho, for instance, Shore said Big Sky Scientific sends hemp through Utah — another state, he said, where hemp has received only a lukewarm reception. Still, he said, those transporting hemp through the state can sign up to receive a transportation permit. They pay the state for a certificate, which police within the state can then access to check to see if a shipment is legitimate, Shore said.

Vehicles carrying Big Sky Scientific hemp have been pulled over in Kansas, and more than once in Wyoming as well.

“We’ve been stopped a couple of times in Wyoming, and they do a very thorough inspection,” Shore said. “That made us a little nervous the first time because they’re tearing into everything, and of course we went through the whole Idaho thing. But they went through all our documents, our paperwork; they counted what we had, and if they look into the business and what we’re doing, it becomes very apparent that it’s not some sort of criminal enterprise. We have pallets of product, we have transportation paperwork. … I was impressed. They went through, they counted the bags on the pallets to make sure it all added up, that nothing extra was tossed on there.”

While Shore said he’s heard of hemp shipments having police problems in Oklahoma and South Dakota, in his experience, that’s not the norm.

In his experience, Shore said, “Idaho is the only state where something like this has happened.”

Rep. Moon has become one of the faces of the effort to legalize hemp in the Idaho Legislature in recent years, but the issue wasn’t on her radar when she first ran for office.

The central Idaho state representative thought health care would be her cornerstone topic, but when she started having public meetings with constituents after being elected in 2016, they kept asking her about hemp and CBD oil, a hemp product that has been shown to benefit children suffering epileptic seizures, adults with arthritis and fibromyalgia, and those living with anxiety.

Moon said she’s also heard from Idaho farmers interested in growing hemp. While it’s difficult to estimate the value of hemp across the board, Shore said it’s worth roughly $5 to $20 per pound — down from where it was just two years ago, due to a surplus of the product in the market.

The unsuccessful 2019 bill Moon sponsored, along with Rep. Caroline Nilsson Troy, R-Genesee, was the third attempt to legalize hemp in Idaho in as many years.

In 2020, she said, she plans to introduce a bill to remove hemp products containing .3% THC or less from Idaho’s Schedule 1 substance list.

“Let’s conform with President Trump,” she told the Idaho Press, referencing the 2018 U.S. Farm Bill Trump signed more than a year ago that removed hemp from the federal Schedule 1 substances list.

Last year, she said, the effort to legalize hemp in Idaho was met with 85% approval in the state’s House of Representatives. When the bill went to the Senate, however, lawmakers cut language from the proposed legislation that would have removed hemp from the Schedule 1 substance list.

For Moon — and 25 other supporters of the bill — it was a deal-breaker. When the amended bill returned to the House, they withdrew their support in the final days of the legislative session, allowing the bill to die for the year rather than pass what Moon believed was a watered-down version.

The bill in its original form drew opposition from police and prosecutors. But since then, neither the Ada County Prosecutor’s Office — who declined to drop charges against three men who were arrested for transporting hemp through Boise since April 2018 — nor the Idaho Prosecuting Attorneys Association have voiced across-the-board opposition to hemp legalization.

Loebs, speaking for the association, said he just wants to make sure the crop is legalized in a legitimate fashion with appropriate steps.

“In fact, in the last Legislature, we worked very hard — through many, many meetings — and came up with many detailed ideas about how to make growing and selling hemp legal in Idaho, and we believe we came up with a law that would’ve done that,” Loebs said.

“Our concern,” he said, “was not to stop legitimate farmers from growing hemp, but to make sure that no hemp bill became just an under-the-table marijuana bill.”

Loebs added that legislation can’t simply just remove hemp from the Schedule 1 substance list — other measures must be taken as well.

“If that’s all you do, no,” he said. “That just makes it impossible for us to … deal with the problem that hemp and marijuana are virtually identical. The only difference between them is the percentage of THC.

“You have to have ways — and the 2018 (Farm Bill) requires — that you have ways of inspecting the hemp, making sure the people that are growing it are, in fact, growing hemp, not growing something else — making sure that what’s shipped through the state is in fact the hemp that you want, rather than the marijuana that’s still illegal,” Loebs said.

The 2018 Farm Bill “isn’t supposed to be a way to just get rid of your marijuana laws,” he added.

He said while the amended version of Moon’s bill cut language removing the substance from the Schedule 1 list, the revisions also required the state to set up a plan for the “research and development” of hemp by Nov. 1. That plan would then have to have been submitted to the federal government for approval.

According to Loebs, that’s what states were already required to do under the 2018 Farm Bill, and every state should have followed that process. But because the Idaho Legislature didn’t pass a bill to outline those steps, the process hasn’t started yet in Idaho.

Loebs said he believes any bill brought forward this year would have to include the same process for the development of a state plan, because that’s what federal law requires.

Shore, with Big Sky Scientific, said he recognizes police are worried about not being able to distinguish between hemp and marijuana. To him, though, the hemp industry is fundamentally different from the marijuana industry. Hemp products, he said, have no intoxicating effects — something that can’t even be said for other over-the-counter products such as Benadryl.

“For us, if there’s a system, if there’s something we have to apply for, we’ll do what we have to do to comply,” Shore said. “…As far as the legalization of hemp, it’s already happened. It’s kind of a tough spot to take, to take a spot against it, when it’s already federally occurred.”

Next 2020 Trend 2: Growing like a weed: The hemp trade is a complex, thriving industry that's rapidly gaining ground even as it generates confusion. - Chattanooga Times Free Press 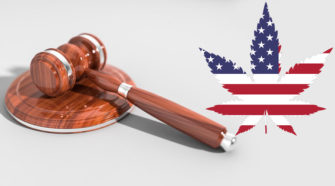