The greatest barrier to the full exploitation of the cannabis market in the US is the patchwork quilt of various legalization regimes in the country. Cannabis is fully illegal in 9 states, fully legal in 11, and subject a variety of laws in the remaining 30. Some states permit medical use, some permit medical use of CBD extracts only, while others have partially decriminalized it. At the Federal level, marijuana remains fully illegal as a Schedule 1 Controlled Substance, but the closely related hemp plant was fully legalized at the Federal level by the 2018 Farm Bill.

The legalization of hemp opens exciting prospects for cannabis in the US. Aside from its industrial uses – hemp can be used in the manufacture rope, fabrics, and paper, to name just a few – the plant is a major source of cannabidiol extracts, the CBDs that are quickly becoming popular in medicinal use. CBD, being legal, is starting to take off in the marketplace, and those cannabis companies with a focus on this non-psychoactive compound will find themselves well-positioned to take off with it.

And they are sure to take off – a study by BDS Analytics predicts the CBD market reaching $20 billion annually by 2024. BDS’ Jessica Lukas sees the market expanding across a variety of categories in the next near future, including food, candy, beverages, and skin and beauty. She says, “While dispensaries and e-commerce drive the majority of cannabinoid sales today in the US, this shifts versus the next five years.”

We’ve delved into TipRanks’ database to find three companies that are ready to gain on CBD.

Aphria (APHA – Get Report) astounded the markets back in early August, with a C$20 million top-line beat in the quarterly report, and better yet, a quarterly profit of C$15.8 million. The profit line represented a C$29.7 million beat – the forecast had been for a C$13.9 million net loss. It was an impressive quarter for the third-largest producer in the global cannabis markets.

Aphria offers investors two other important features, besides a turn to profitability. First, the stock is available at a low price, just $6.16 on the New York market. And second, Aphria has leveraged its scale into partnerships with the US CBD markets. Aphria’s CBD products are based on marijuana-derived hemp, so the Canadian-based company faced trade hurdles in addition to the legal patchwork in the States – but a shift to hemp-based product, or Federal legalization of CBD, will put Aphria in a strong position to expand its operations quickly.

Writing of the company just after the quarterly report, Canaccord Genuity analyst Matthew Bottomley described the “solid rebound in cannabis revenues” as a “pleasant surprise,” and went on to note that increased efficiency in packaging and distribution had improved gross margins. Backing up his buy rating and $12 price target, Bottomley wrote, “Although we were discouraged in the previous quarter, we believe Aphria’s strong FQ4 indicates that the company is still competing for a top-three spot in the Canadian cannabis market.” His price target suggests a robust 95% upside for Aphria.

More recently, 3-star analyst Justin Keywood, of GMP FirstEnergy, initiated coverage of APHA. He was impressed enough by the stock to start it with a buy rating and a price target of $10.50. His target suggests an upside potential of 71%.

APHA’s consensus rating is a Moderate Buy, based on 4 reviews from the past three months. The reviews include 2 buys, 1 hold, and 1 sell. APHA shares sell for $6.16, and the average price target of $7.79 indicates a 26% potential upside for the stock.

Most of the big cannabis companies are Canadian-based, logical since was the first country in North American to introduce full legalization. Charlotte’s Web (CWBHF – Get Report), based in Boulder, Colorado, is the exception. It’s an exception that proves the rule, however, as Colorado was one of the first US jurisdictions to fully legalize marijuana at the State level.

Charlotte’s Web’s main products are based on CBD extracts and include CBD and hemp oils, capsules, and edible gummies. The company even markets products for pets – they have a hemp extract designed for dogs. Since the products are derived from legal hemp-extracted CBD, Charlotte’s Web has a marketing advantage over most competitors: large, established chains are willing to carry the products. Kroger (KR – Get Report) and CVS (CVS – Get Report) both carry Charlotte’s Web CBD products as over-the-counter pharmaceuticals.

A rough fiscal second quarter did not stop analysts from giving strong ratings to CWBHF. Jason Zandberg, a 4-star analyst with PI Financial, reiterated his buy rating and $22 price target last month. He noted, “hemp supply will not be an issue for CWEB in the foreseeable future, as the company planted 862 acres in 2019, a 187 per cent increase from the 300 acres planted in 2018.” Looking at the financial forecast, Zandberg wrote, “Management maintains revenue guidance of between $120 million and $170… The range is dependent on the FDA providing positive regulations for hemp-derived CBD in 2019. While we believe that the FDA will eventually do this, our expectation is that it will not happen this year.” Zandberg’s price target is based on this optimistic scenario, and implies an upside of 35% to the shares.

Piper Jaffray’s Michael Lavery was also impressed by CWBHF, enough to start his coverage of the company with a buy rating and a $25 price target. His target indicates confidence in a 49% for CWBHF.

Overall, Charlotte’s Web has a Strong Buy consensus rating, based on 3 buys assigned in the past three months. The stock’s $23 average price target suggests an upside of 38% from the $16.75 current share price.

With GW Pharma (GWPH – Get Report) we get to a cannabis company that is also a mainstream stock. GW is a long-established biotech firm, originally founded as an early adopter in the cannabis industry. GW has two cannabis-derived drugs on the open market: Sativex, a treatment for the symptoms of multiple sclerosis, and Epidiolex, a treatment for epilepsy associated with Dravet Syndrome in children. Epidiolex was approved by the US FDA in 2018.

Standing squarely where the cannabis industry meets the pharmaceutical business, GW Pharma benefits from having two approved drugs to market. While the company operates with a net loss (not uncommon in either the cannabis or pharmaceutical fields), the August quarterly report continued a four-quarter run of improving earnings. The reported loss of 78 cents per share was a 55% improvement over the expected EPS loss of $1.74.

Wall Street has high expectations for GW Pharma. Predictions are, the company will grow more than 90% in fiscal 2019, and turn to profits in 2020. Rosy prospects have prompted analysts to raise more than just expectations – Stifel’s 5-star analyst Paul Matteis raised his price target to $228 in his recent review of the stock. His new target implies an impressive upside of 76%. Oppenheimer’s Esther Rajavelu is even more optimistic, increasing her target to $239 for an 85% upside.

GW Pharma’s consensus rating is a Strong Buy, based on a unanimous 6 buy ratings. The stock’s $223 average price target implies a premium of 73% from the current share price of $128.

Visit TipRanks’ Analysts’ Top Stocks, and find out which stocks have the full attention of Wall Street’s best analysts. 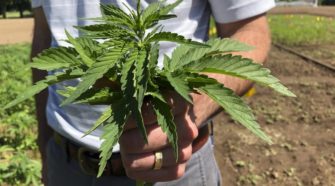