Deputies were called to a hemp field on Highway 229, south of London, where the property owner had blocked in the suspects with his vehicle.

Johnny Bowling, 34, and Edna Wagner, 49, were arrested and charged with theft and possession of industrial hemp.

John Schell, 50, was arrested in a separate case of hemp theft.

Deputies said they recovered more than 100 pounds of hemp when they arrested Schell.

He was also wanted for robbery, assault and fleeing police in a separate indictment.

Next Kush Hemp Is the Latest Innovation in Cultivation - Cannabis Now 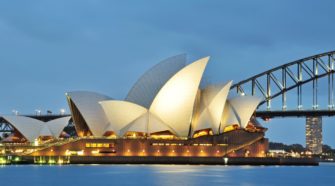 Report: $5.5 billion up for grabs if Australia legalizes cannabis